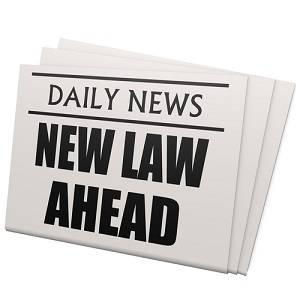 The ushering in of the new year not only represents new beginnings for many people, but also brings with it a flurry of legislation changes for Illinois citizens. In the majority of the circumstances, ignorance of the law is not a valid defense, so with that in mind, we want to make sure you are aware of what changes these new Illinois laws bring.

Illinois lawmakers addressed both powdered caffeine and powdered alcohol this past year, enacting laws for both. The state has banned the sale of powdered caffeine to anyone under the age of 18. This new law was prompted by the death of an Ohio teen who overdosed on the product.

Lawmakers also endorsed the banning of powdered alcohol for anyone in the state – despite the product receiving federal approval. The powder is mixed with a liquid and makes alcohol. Proponents of the new law pushed it through the legislature because they say the powder can be used to secretly spike a person’s food or drink.

Illinois lawmakers passed three new laws which involve ignition interlock devices, or IIDs. These devices are used in vehicles of convicted drunk drivers and test the driver’s blood alcohol content (BAC) before the vehicle will start. If a driver fails the test, the vehicle will not start. Until now, first time DUI offenders were required to wait 30 days before they could use an IID, but the new law allows them to begin using the device immediately after their license has been suspended. A second law requires the use of IID for all repeat DUI offenders for a minimum of five years. A third law makes that IID requirement for fourth-time offenders effective for the rest of their lives.

Illinois lawmakers have worked to decriminalize the possession of marijuana, however, it is illegal to possess synthetic marijuana, commonly referred to as spice or K2. A new law which goes into effect January 1st will help law enforcement target people who produce the drugs, and enable prosecutors to obtain lab tests which show the drugs’ ingredients much quicker than they do now.

If you are arrested and charged with a criminal offense, contact a skilled Arlington Heights defense attorney. Call Scott F. Anderson, Attorney at Law at 847-253-3400 today.