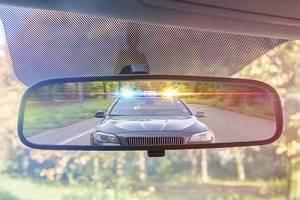 If you are a driver, there is a good chance you will be pulled over by law enforcement for some reason during your lifetime. If you have ever been stopped by the police, you know the feelings of anxiety and fear that can manifest because of those flashing red and blue lights. Being pulled over because an officer suspects you are driving under the influence (DUI) is even more serious. DUI offenses are not taken lightly in the state of Illinois, and a conviction for a first offense could result in steep fines, the suspension or revocation of your driver's license, and even jail time. Although the uncertainty of a DUI traffic stop can be very intimidating, what you do after being pulled over can greatly impact your case. Below are a few common mistakes that people make after being pulled over on suspicion of DUI:

Admitting You Have Been Drinking

Arguing With the Police Officer

One of the worst things you could do when you are pulled over for any reason is to argue with the officer. Even if you know that you did not do anything wrong, the best thing to do is to remain calm and comply with the officer's requests, and if necessary, you can politely decline to answer questions or submit to testing. If you refuse to follow the officer's instructions and become rude or argumentative, the officer may charge you with resisting arrest. If you are arrested and charged with DUI, the judge in your case will likely not look favorably upon your belligerent behavior, even if the officer was in the wrong.

If you or your loved one is facing DUI charges, you should speak with an accomplished Arlington Heights, IL DUI defense lawyer right away. If you are convicted of DUI, you can face expensive fines, a driver’s license suspension, and in some cases, jail time. Scott F. Anderson, Attorney at Law has years of experience helping clients defend their DUI cases to secure favorable outcomes. He can help you mitigate any mistakes you may have made during your Illinois DUI traffic stop. To schedule a free consultation, call our office today at 847-253-3400.