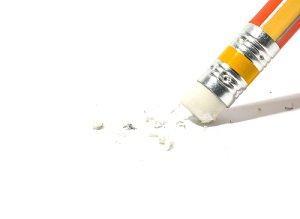 For millions of people, the sting of a criminal conviction lasts far beyond the period of incarceration or probation. A tainted record creates a multitude of hurdles in many situations, such as finding a job, finding a place to live, pursuing certain professional occupations, voting in elections, and carrying a firearm. Fortunately, because of some updates that took effect this year, Illinois has one of the more liberal expungement laws in the country, meaning that more people can put their pasts behind them and move on with their lives.

The Criminal Identification Act is essentially designed to effectively rehabilitate first-time offenders. So, in most cases, persons with prior convictions are ineligible for expungement. That being said, some veterans who were convicted of some Class 3 or Class 4 felonies may be eligible.

When considering an expungement petition, the courts also examine the case disposition in addition to the petitioner’s status. Some states only allow expungement in narrow circumstances, but in Illinois, the eligible dispositions are:

Moreover, it is possible to expunge some convictions even if the person pleaded guilty or was found guilty at trial, after five years have passed from the date of release or discharge.

This procedure, which is often available if the petitioner has a criminal record, has basically the same effect as expungement. Only courts, law enforcement, and some government agencies have access to the conviction files. So, successful petitioners who are later asked whether or not they have ever been convicted of a crime can truthfully answer "no," in most cases.

Expungement and sealing truly does offer a second chance to many people. For prompt assistance in this area, contact Scott F. Anderson, an experienced criminal defense attorney in Arlington Heights, at 847-253-3400. Convenient payment plans are available.