An Overview of Violent Crimes in Illinois and Their Consequences 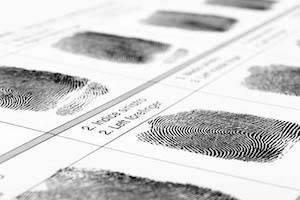 In the United States, violent crime is not uncommon. According to the Federal Bureau of Investigation, there were more than 1.2 million violent crimes reported in the country in 2017. In Illinois alone, there were an estimated 56,000 incidences of violent crime that year. The state of Illinois defines violent crime as any felony crime that involves the use of force or the threat of force against the victim, or any misdemeanor crime in which death or great bodily harm comes to the victim.

Violent crime is taken extremely seriously and penalties for a conviction are severe. If you are charged with a violent crime, it is important you understand the potential consequences, and that you speak with a skilled criminal defense attorney as soon as possible.

In Illinois, there are numerous offenses that fall into the category of violent crimes. Here are the most common violent crimes in Illinois and the consequences for committing them:

Assault and Battery: Assault and battery are typically mentioned together because you cannot commit battery without also committing assault. Assault is defined as putting someone in jeopardy of having battery inflicted upon them. Battery is defined as causing bodily harm to a person or making contact of an insulting or provoking nature with them. Battery is charged as a Class A misdemeanor, although it can go up to a Class X felony, depending on the circumstances.

If you have been charged with a violent crime, it is crucial you immediately contact a knowledgeable Rolling Meadows, IL violent crimes defense lawyer. Scott F. Anderson, Attorney at Law has more than 25 years of experience dealing with all areas of criminal law. You can rely on Attorney Anderson to provide an elite-level defense against any allegation you may face. Call our office at 847-253-3400 to schedule a free consultation.