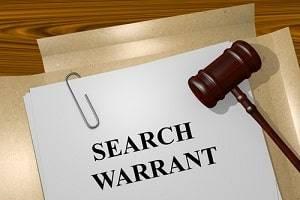 For anyone who finds themselves in trouble with the law, their involvement with the criminal justice system begins with an arrest. There are many rules governing arrests and how they must be performed, all to protect the constitutional rights of the arrestee, who is by default, innocent until proven guilty. Many defendants facing a variety of charges may find that they were the subject of a search warrant, which is a document that allows police officers to enter certain places to attempt to retrieve evidence. However, in recent months, a specific type of search warrant, dubbed a “no-knock” search warrant, has been facing extreme scrutiny across the country.

What Is a “No-Knock” Search Warrant?

If the police need more evidence to officially charge a person with a crime, they may ask a judge to issue a search warrant. However, to do so, they must know the location they are searching, what they expect to find there, and what evidence they believe ties the person to the crime. If the police have reason to believe that the suspect is violent or that evidence may be destroyed, they may ask the judge to allow a no-knock provision in the warrant. This would allow the officers to enter the premises without having to announce their presence.

In the state of Illinois, these so-called “no-knock” warrants are still legal. According to Illinois law, officers are able to use all necessary and reasonable force to gain entry into a building or property to execute a search warrant. The law also states the judge issuing the warrant is permitted to allow the officers executing the warrant to enter the premises without first knocking and announcing that they are the police. This can only be done, however, if based upon specific facts, the judge finds that the officers reasonably believe that if notice were given:

More Jurisdictions Banning the Use of “No-Knock” Warrants

Months after the death of a 26-year-old Black woman during the execution of a “no-knock” search warrant, many cities across the country have begun to prohibit the use of these types of search warrants. Cities such as Louisville, KY, where the woman was murdered, as well as Memphis and Indianapolis have already placed bans on the use of “no-knock” warrants. The city of Chicago, which is the largest city in the state of Illinois, has yet to enforce such a change.

The United States Constitution gives us many rights and protections that cannot be infringed upon by anyone. If you have been the subject of a search warrant of any kind, including a “no-knock” search warrant, and you think that your rights have been violated, it is important to speak with a skilled Arlington Heights, IL criminal defense lawyer right away. Scott F. Anderson, Attorney at Law can help you protect your Fourth Amendment rights while providing you with effective counsel. To schedule a free consultation, call our office today at 847-253-3400.