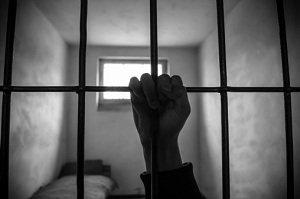 The amount of crime in the city of Chicago has created national news recently.  The FBI has released statistics that there were 500 murders in Chicago last year up from 431 in 2011.  That is over 80 more than New York City although the Big Apple boasts three times the population of Chicago.   It is not the most dangerous city as the city of Flint in Michigan receives that distinction.

Mayor Rahm Emanuel is trying to change the amount of violent crime in the city by making tougher laws.  He has proposed an increase to the minimum sentence for people convicted of illegally possessing a gun.  Each time that there are violent crimes in the city, both Mayor Emanuel and Police Superintendent Garry McCarthy have championed this revision at every turn.  Emanuel went so far to say, "In fact, I would like to ... note that the same minimum penalty we have for a gun law is what we have for shoplifting."

The current law sets the minimum punishment of carrying an illegal gun at two years.  Offenders often serve less half of their sentence.  The new law proposes that the minimum sentence would be raised to three years.  85 percent of the sentence would have to be served to be granted a release.

There are multiple sides who take issue with this new law.  The National Rifle Association believes that people who are only concerned with safety would be unjustly punished. Members of the black caucus feel the same way, that this bill would unfairly target their communities and especially younger minorities.  The members of the caucus were able to stop the bill for now.

If you have been unfairly targeted because of any law, make sure you reach out to a legal professional.  Someone who has experience defending people accused of all types of violent crimes.  Contact a knowledgeable criminal defense attorney in Arlington Heights today.