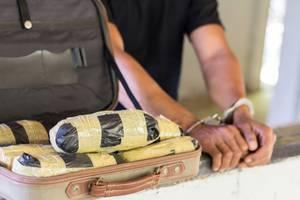 When faced with drug trafficking charges, the arresting officers will inform you that you have the right to remain silent. Many people will take law enforcement up on this offer. It is often in your best interests to avoid speaking to law enforcement without your lawyer present. The right to an attorney is another one of the Miranda rights. Upon speaking with a criminal defense lawyer, you will become familiar with the process of building a defense for drug trafficking charges.

If you are awaiting a consultation with a lawyer, you may be wondering what you can expect. The following information will provide you with insight into how the process of building a defense for drug trafficking charges in Illinois unfolds.

What is Drug Trafficking in Illinois?

What the Prosecutor Will Do

Just as your attorney will build a case to defend you, the prosecutor will craft an argument to prove that you are guilty beyond a reasonable doubt. While you might not know what the prosecutor will include in his or her argument, an experienced criminal defense lawyer will have an idea of what to expect. He or she may find weaknesses and inconsistencies in the prosecution’s case and use them to discredit the accusations against you. This is one of many reasons why hiring a lawyer is very beneficial when facing drug trafficking charges.

The Possible Defenses That Your Attorney Will Counter With

The exact defense that your lawyer crafts in your favor will be up to his or her discretion. Not every criminal defense attorney builds the same case for their clients because no two drug trafficking cases are the same.

However, there are a few common defensive stances that criminal defense lawyers will take. Here are three possible defenses that an attorney might counter the prosecutor with:

Are you searching for an experienced attorney who can build a defense for drug trafficking charges? Look no further. Instead, reach out to the law office of Scott F. Anderson, Attorney at Law today. By calling 847-253-3400, you will have the opportunity to schedule a free consultation with a Rolling Meadows, IL criminal defense attorney.