Can I Face DUI Charges for Driving While Using Marijuana in Illinois? 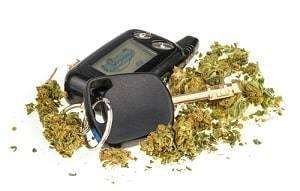 As of January 1, 2020, Illinois became the 11th state to legalize the recreational use of marijuana in the United States. Even though residents and visitors who are 21 or older can legally purchase and consume cannabis, there are certain restrictions on the amount that can be bought and where it can be ingested. The increased presence of marijuana in the state has had some people wondering whether or not they can be charged with driving under the influence (DUI) if they are caught driving a vehicle while under the influence of cannabis. The short answer is yes.

Under Illinois law, you can be charged with DUI if you operate a motor vehicle while under the influence of alcohol, intoxicating compounds, methamphetamines, or “other drugs, including cannabis prescribed for medical purposes.” You are likely aware of the legal blood alcohol content (BAC) limit of .08, but there is also such a limit for tetrahydrocannabinol (THC) in your blood when you are driving a vehicle. In Illinois, a person is considered intoxicated if they are measured as having 5 nanograms or more of THC per milliliter of blood or 10 nanograms or more per milliliter of another bodily substance.

Unlike the correlation between BAC and impairment, the amount of THC in your blood does not always indicate your level of intoxication. There are a number of factors that could affect how high you are. That is, some people may feel intoxicated while their THC concentration is below 5 nanograms, while others may feel sober when their THC concentration is higher than legally permitted. To determine a driver's level of intoxication, a police officer may conduct field sobriety tests after pulling someone over on suspicion of drunk or impaired driving.

Similar to alcohol and motor vehicles, there are also laws pertaining to the transportation of marijuana and the use of marijuana by others in a vehicle. You are permitted to have marijuana in your automobile, but it must be stored in an odor-proof and child-resistant container, just like the ones that the recreational stores or medical marijuana dispensaries use to sell the drug. It is also forbidden for anyone in a vehicle to consume marijuana, even if they are just a passenger.

It can be difficult for a police officer to gather hard evidence that you are actually intoxicated from the use of marijuana, but that may not stop law enforcement from charging you with a marijuana DUI. If you are facing any type of DUI charges in Illinois, you need the assistance of a knowledgeable Arlington Heights, IL criminal defense lawyer. Scott F. Anderson, Attorney at Law has decades of experience in criminal law, and he can help you form a solid defense to reduce or dismiss your charges altogether. Call our office today at 847-253-3400 to schedule a free consultation.