Can I Hide a Felony Conviction from Employers or Landlords? 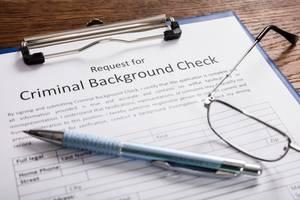 If you were convicted of a criminal offense, you know just how much a criminal conviction can influence your life. Criminal records are often available to the general public, which means that your friends, family members, and neighbors can view the record if they want to. Furthermore, potential landlords and apartment complexes may review criminal records before leasing a house or apartment to someone. If you have a felony conviction on your record, this may prevent you from securing suitable housing. Employers may also review candidates’ criminal records through a background check before offering a job. It can be difficult to impossible to be hired if you have certain convictions on your record.

Record Sealing and Expungement in Illinois

Record expungement is the process of erasing a criminal record completely. If you were arrested but never criminally charged, found “not guilty” of the charges, or the charges were dismissed, you may qualify for expungement.

If you were convicted of the offense, you may not be able to get the record expunged, but you may qualify for record sealing. The main difference between expunged and sealed records is that sealed records remain in the Illinois State Police's (ISP) criminal database. However, the general public cannot view a record once it is sealed.

Some offenses cannot be sealed, including driving under the influence, domestic battery, sex offenses, and violation of a protective order or no-contact order. However, other felony offenses, including felony theft, felony drug charges, residential burglary, criminal trespass, battery, and many other offenses do qualify for record sealing.

Having a criminal record does not define you and it should not stop you from pursuing employment opportunities in the future. Rolling Meadows criminal defense attorney Scott Anderson can help you pursue record sealing or expungement so you can move on with your life after a criminal conviction.