Can I Refuse to Take a Field Sobriety Test in an Illinois DUI Stop? 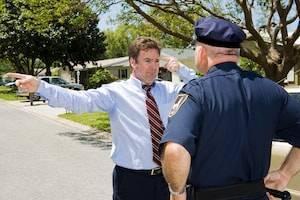 Being pulled over by the police for any reason can be a nerve-wracking experience. Something about those flashing red and blue lights in the rearview mirror can instill fear and anxiety in even the most innocent people. If an officer has reasonable suspicion that you are driving under the influence of drugs or alcohol, he or she will pull you over to further investigate. During the traffic stop, the officer will be looking for any sign that you are impaired beyond the point of safe driving. Before an arrest can be made, there must be probable cause. One of the ways an officer obtains probable cause is by performing field sobriety tests, such as asking you to walk in a straight line or stand on one foot. However, if an officer asks you to complete a field sobriety test, do you have the right to refuse in Illinois?

If you refuse a field sobriety test, you may be asked to take a chemical test to measure your blood alcohol content (BAC). There are a few things to keep in mind regarding this testing. Many people have heard about Illinois’ statutory summary suspension laws. According to these laws, if you refuse to take a chemical test, or if you fail a chemical test, your driver’s license will be automatically suspended. It is important to note that the statutory summary suspension only applies to chemical testing that is done at the police station after the officer has already arrested you. If the officer asks you to complete preliminary BAC testing using a portable breathalyzer, you do not necessarily have to comply, though the officer will likely arrest you if you do not.

The actions that you take when you are pulled over on suspicion of driving while under the influence can mean the difference between a simple traffic stop and being arrested for drunk driving. If you have been pulled over by the police on suspicion of DUI, you should call a skilled Rolling Meadows, IL drunk driving lawyer right away. Scott F. Anderson, Attorney at Law has more than 25 years of experience handling DUI allegations, and he has successfully defended against many misdemeanor and felony DUI charges for clients. Call our office today at 847-253-3400 to schedule a free initial consultation.