Can Police Search Your Cell Phone Without a Warrant? 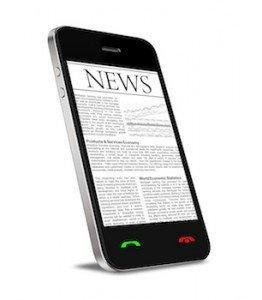 The Supreme Court recently announced that it will be deciding whether or not law enforcement are required to get a warrant to search a cell phone that is seized during an arrest.

Police and prosecutors argue that cell phones fall into the same category as other items found on someone being taken into custody that the judicial system has agreed can be searched.

But those against allowing the searches say that information that people store in their cell phones is information that in the past would be kept in a person’s home and would otherwise require a warrant. Items such as photographs, written messages (emails and text messages), videos, voicemail, contacts, web history (including search and browsing), calendar appointments, personal records (medical and financial) and purchases, can all now be found on a person’s cell phone.

In past decisions, the Supreme Court has allowed searches of address books, pagers and wallets. The lower courts are split when it comes to cell phones, with several saying that the searches are constitutional, and several others saying these searches violate the Fourth Amendment against unreasonable search and seizure.

The Court announced it will hear two cases. The first case is from Massachusetts. In 2007, the defendant was arrested for selling crack cocaine. While in custody, his flip phone kept ringing. The number that appeared was listed in his contacts as "my house" and showed up on the caller id of the phone. The police used the phone number to get the defendant’s address and got a warrant, where they found drugs and a weapon. The appeals court threw out that evidence, saying the search of the cell phone data without a warrant was "categorically unlawful."

The second case is a 2009 case from California. The defendant was pulled over by law enforcement because of an expired registration. It was discovered that he was driving with a suspended license and police also found guns hidden under the roof of his car. An officer looked through the defendant’s cell phone and found messages that indicated the defendant was connected to a gang. Police also found a photo that showed a car that had been used in a shooting. The defendant was convicted of murder and other charges. The California courts allowed the search of the cell phone without a warrant.

If you have been arrested for a crime and were a victim of an illegal search by police, contact an experienced Arlington Heights criminal defense attorney to make sure your rights are protected in the courtroom.