Cleared of a Crime But Still Wanted by the Law 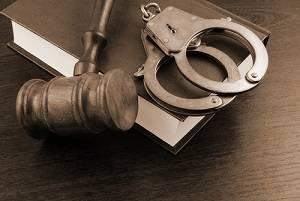 When criminal charges are dismissed, all court proceedings are supposed to cease. Unfortunately, this was not the experience for a man in New York. Instead, he was arrested several times on a warrant that, according to court documents, never should have been issued. Even more concerning is that his battle with the justice system is not as uncommon as some might think.

The Tale of One Man’s Battle

According to The New York Times, a Brooklyn man in his early 50s was originally arrested on suspicion of trespassing after dropping a friend’s child off at school. His charges were dismissed on the condition that he not commit any crimes for a year, but for unknown reasons, a warrant for his arrest was still issued by the State Supreme Court in the Bronx.

The man claims to have first learned of the warrant after a phone call from the police. He reportedly went to the court to address the matter and the judge did, in fact, determine that the warrant was erroneous. Unfortunately, his battle was far from over. In fact, he was arrested four separate times for that single, wrongfully issued warrant.

The first arrest came when the man was stopped by police while riding a bicycle to his psychiatrist’s appointment and pulled up onto a sidewalk. Court documents show that he spent several days on Rikers Island before being released. Months later, he was stopped and reportedly cited for public drinking. Again, he was arrested on suspicion of an open warrant. When he appeared in court, a judge supplied him with a document to show police if they tried to arrest him again. Unfortunately, the paperwork did not stop his third arrest; officers immediately dismissed it and he was taken to jail again. The final arrest came shortly after a hernia surgery. The matter was finally resolved after the man filed suit against the city of New York.

It might be easy to dismiss this man’s plight as a one-off or a rare situation. Unfortunately, nothing could be further from the truth. In fact, while there is no real national data on the number of people arrested under wrongful warrants, The Denver Post recently reported that as many as 500 people are wrongfully arrested under a mistaken identity. And, with many states across the country updating their systems to better track warrants, the room for error has increased exponentially.

Get Experienced Legal Help with Your Criminal Issues

At the Law Offices of Scott F. Anderson, we understand just how drastically being arrested can affect your life. Because we are dedicated to ensuring your rights are protected, we provide high-quality, aggressive representation to expediently address your criminal issues. Schedule your free initial consultation with a DuPage County criminal defense attorney to learn more. Call 847-253-3400 today.