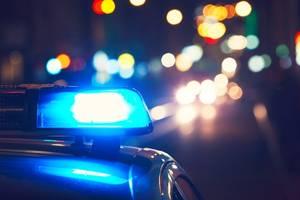 Drunk driving laws sometimes change and also vary significantly from state to state. This can create confusion and lead to misunderstandings. It is important for everyone to understand DUI laws–especially if they are facing criminal charges for drunk driving. If you or a loved one were charged with drunk driving in the Arlington Heights area, contact a DUI defense lawyer for legal guidance.

Misconception: You Cannot Beat a DUI if You Blew Over 0.08 Percent

Most people know that the legal limit for blood alcohol content is 0.08 percent. If a police officer suspects a driver of driving under the influence, the officer will ask the driver to blow into a breath test device. These devices, sometimes referred to as breathalyzers, assess the driver’s intoxication level. A BAC over 0.08 percent is probable cause for arrest. Many people assume that blowing over a 0.08 percent automatically means that they will be convicted of DUI. However, it is possible to avoid conviction for DUI even if you failed a breath test or breathalyzer. Breath tests can be inaccurate if the device is not calibrated or used properly. Other issues including certain medical conditions, medications, and foods can also cause breath tests to be inaccurate.

Misconception: You Cannot Drive Until Your Suspension or Revocation Period is Over

If you were arrested for DUI in Illinois, you are subject to an immediate driver’s license suspension. Once your license is suspended, it is against the law for you to drive any vehicle for any reason. Driving on a suspended license is a criminal offense. Fortunately, drivers in Illinois have options. If your license was suspended because of a DUI arrest, a Monitoring Device Driving Permit (MDDP) may allow you to drive legally before the suspension period ends. To qualify for an MDDP, you must be a first-time DUI offender. If you have received DUIs in the past, you may still be able to get a Restricted Driving Permit which will restore partial driving privileges and get you back on the road legally.

Misconception: Drunk Driving is Only a Misdemeanor in Illinois

While most first-time DUIs are misdemeanor offenses in Illinois, it is entirely possible for drunk driving to lead to felony criminal charges. If certain aggravating circumstances are present, a DUI may be considered a felony offense punishable by significant jail time.

Examples of situations that can lead to felony DUI charges include:

The driver received two or more DUIs in the past.

The driver caused a crash resulting in the serious injury or death of another individual.

The DUI was committed while the driver was driving a school bus with child passengers.

The driver has a prior conviction for reckless homicide or involuntary manslaughter.

The driver was uninsured or did not have a valid driver's license at the time of the DUI offense.

If you or a loved one are facing felony DUI charges, contact a criminal defense lawyer for help right away.