Combining Alcohol and Marijuana May Increase Risk of DUI Arrest 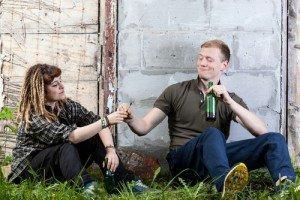 A new study has concluded that people who smoke marijuana while they are also drinking alcohol are twice as likely to get behind the wheel of a car drunk than if they are only drinking alcohol. The study was recently published in the journal Alcoholism: Clinical and Experimental Research.  Referred to as "simultaneous use," the study also found that mixing alcohol with marijuana on a regular basis also increases the chances that the person will be involved in barroom fights, destroy marriages and other familial relationship, as well as damage career success.

The study was conducted by researchers from the Alcohol Research Group, which is one program of the Public Health Institute. The research team gathered data from surveys of approximately 9,000 people across the country regarding their drug and alcohol use. The surveys spanned from 2005 to 2010.

The surveys were put into three groups: Users who only used alcohol; users who used both alcohol and marijuana, but at separate times; and users who used both alcohol and marijuana simultaneously. Of those surveyed, 89 percent of the people surveyed used just alcohol. The remaining 11 percent who said they also used marijuana. Four percent of the study&#039;s participants said they used the substances at different times, while 7.5 percent said they used them at the same time.

The survey participants who used alcohol and pot at the same time were more than five times more likely to partake in binge drinking (defined by the survey as consuming more than five drinks in one day) a minimum of once a month compared to those participants who only used alcohol. This was also true for those users who used both substances separately – they were twice as likely to binge drink as alcohol users alone.

Survey answers also revealed that simultaneous users were twice as likely to drive even though they were impaired by alcohol and marijuana as those who only drank alcohol. The results were the same even after the study team adjusted such factors as age, education, employment, gender, and relationship status.

If you have been arrested for driving under the influence of drugs or alcohol, it is important that you contact an experienced Arlington Heights criminal defense attorney. Call Attorney Scott F. Anderson at 847-253-3400 to schedule a free initial consultation today.