Court Cracks Down on DUI Offenders Failing to Meet Obligations 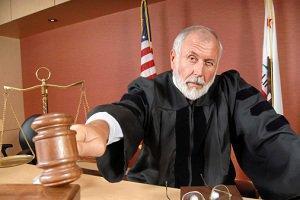 At the beginning of January in Cook County, according to ABC Local News, the "sheriff’s office is conducting a sweep for people with DUI arrests who failed to appear in court or meet court-ordered obligations." Each year in Cook County, ABC Local reports, there are more than 600 criminal warrants in drunk driving. Due to budgetary constraints, time, and lack of available police resources, it’s difficult to continue to track DUI offenders after they’ve received their sentencing. "The mission [at the beginning of January] has been to whittle down that number and get repeat offenders off the street," reports ABC Local.

According to the 2013 Illinois DUI Fact Book, a publication from the office of the Illinois Secretary of State Jesse White, about 15 percent of all drivers arrested for DUI are repeat offenders. This is a scary statistic, when considering that "323 people were killed in alcohol-related crashes," a full 35 percent of total crash fatalities in the state. "Males ages 21–24 had the highest DUI arrest rate," the Fact Book reports, "about 17 per 1,000 licensed drivers."

According to the State of Illinois Circuit Court of Cook County, the Social Service Department is the state-designated agency that supervises and provides "services to defendants who are placed on supervision or are found guilty of Driving Under the Influence." Research has shown, the Court states, that handing down a punishment isn’t enough to ensure that people don’t become repeat DUI offenders—that "court intervention with the DUI offender is essential for long term and effective containment of the problem of drinking and driving."

The court believes that if a person completes the court-ordered sentence, that the offender will be less likely to commit "subsequent DUI offenses." Mothers Against Drunk Driving (MADD) reports that, "50 to 75 percent of convicted drunk drivers continue to drive on a suspended license." These are the drivers that the recent crackdown in Cook County intended to catch.

If you or someone you know is facing DUI charges in the Chicago area, the most important thing you can do is to seek the counsel of a legal professional. Don’t go through it alone. Contact the Law Offices of Scott F. Anderson today.