How Can Dashcam Video Help Your DUI Defense? 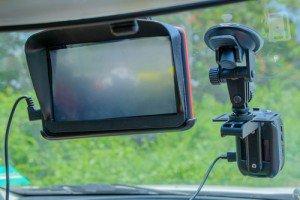 Patrol car video cameras are utilized by some, but not all, police departments in Illinois. Each law enforcement locality determines which patrol cars it will equip with video cameras. Many times, there is limited deployment of this resource due to a lack of public funding for video technology in law enforcement vehicles. However, when there is patrol car footage available from a DUI stop, it can prove invaluable in some defenses.

Video can be a great equalizer. It can provide people who have never met each other the opportunity to see each other speak and to hear what each person sounds like. In the case of television and movies, video provides entertainment in the form of seeing and hearing how actors navigate their roles and storylines. In the case of a DUI stop, video can offer courtroom viewers the opportunity to see and hear how both the police officer and the defendant behaved during the time period in question.

Law enforcement video taken from squad car can be used in a similar manner and it can reveal many of the same things. Even the simplest video file can have a dramatic effect on the ability of a prosecutor to successfully try a case in which the video footage allows a judge or jury to see what actually transpired as the recording was underway.

A patrol car video can be important, not just in exploring useful issues for a defense, but it may also prevent a defense attorney from being blindsided by adverse facts. Sometimes police officers leave information out of police reports that they should have included. In such cases, it’s not uncommon for that excluded information to have a negative impact on the defendant’s case.

What Is Meta-Data and How Does it Help a DUI Case?

Many law enforcement departments use a version of proprietary in-squad car video that will contain a large amount of information not usually available on a standard video file. While a standard video file contains audio and video, the proprietary video technology that law enforcement employs generally contains meta-data. Meta-data in these types of video, often consists of location information, speed information, and other details. This kind of information can be critical in successfully challenging a law enforcement officer’s testimony as to the specifics of how, when or where a specific DUI infraction is alleged to have occurred.

Scott Anderson is Arlington Heights criminal defense attorney with over two decades of experience defending clients in the Illinois criminal justice system. Scott has managed DUI cases both in the trial courts and on appeal and is proud to represent clients charged with alleged misdemeanor and felony DUI crimes throughout Cook, Lake, DuPage and McHenry Counties. Please call 847-253-3400 to schedule a free initial consultation today.