Defending Against an Illinois DUI Charge 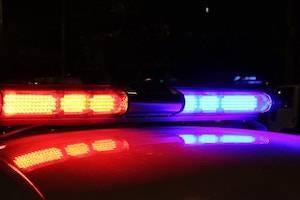 Being charged with a DUI is an extremely serious situation that can result in severe consequences. In the state of Illinois, DUI is considered to be a major offense and most judges and law enforcement officers do not sympathize with those accused of driving while under the influence of alcohol or drugs. DUI offenders are often punished to the fullest extent of the law, especially when the offender has a history of DUI. Even if you are a first-time DUI offender, you could face jail time, fines, and a driver’s license suspension for a conviction, but a knowledgeable Illinois DUI defense lawyer can help.

There are numerous ways an attorney can defend you against a DUI charge. Through an initial consultation and subsequent investigation, your lawyer can determine the best course of action. Here are a few common defense strategies:

Unlawful Police Stop: Before police are able to pull you over, you must have committed a traffic offense or they must have a reasonable suspicion you are driving under the influence. In other words, they cannot stop you just because they wanted to or because they “had a hunch.” You must do something illegal before they are permitted to legally pull you over.

Miranda Rights Not Read to You: Before police can question you about anything, you must be read your rights, such as the right to remain silent. These are known as your Miranda rights, and they must be properly administered and confirmed by you during an arrest. If the officer did not read you your rights completely or at all, you may have your case dismissed.

Inaccurate Chemical Test: Breathalyzer tests are often used during a traffic stop to establish whether a driver is above the legal blood-alcohol content level of .08. Results from breathalyzer tests are not always accurate. Certain medical conditions, like acid reflux or diabetes, can cause a reading to be inaccurate. Testing equipment is also sometimes improperly maintained or malfunctioning.

Whether intentionally or through unintentional omission, law enforcement sometimes violates the rights of DUI suspects. A knowledgeable Rolling Meadows, IL DUI defense lawyer can assess whether any of these mistakes were made and what they may mean for your case. Scott F. Anderson, Attorney at Law has been defending clients from DUI charges for more than 25 years. To schedule a free consultation, call our office today at 847-253-3400.