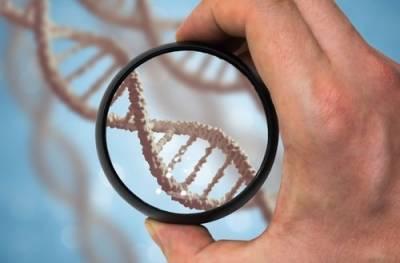 If you have ever watched a crime show on television, then you probably believe that forensic and DNA evidence is the gold standard in courtrooms. Your perception is further reinforced by the number of people who have been exonerated by DNA evidence and the high-profile cases in which DNA or other forensic evidence lead to a conviction. Unfortunately, what no one will tell you is that these forms of evidence are not foolproof. In fact, some are downright faulty, and others are riddled with errors that lead to the conviction of the wrong person.

If you or someone you love is facing a criminal charges case and there is DNA or forensic evidence against you, do not give up the fight. Instead, learn how to defend yourself against such evidence. Above all, ensure you protect your rights, before things start to spiral out of control. The following information explains further.

The Truth About DNA Evidence

When DNA evidence first emerged, criminologists, scientists, and law enforcement officials saw it as a silver bullet – a way to ensure they got the “right guy” behind bars. Unfortunately, they needed quite a bit of DNA to match the sequences. Funds were poured into this revolutionary technology, and the sample sizes that were needed started to shrink. Now the technology is so advanced that scientists can collect what is known as “trace DNA.” Unfortunately, that small amount of DNA can also be left behind by a fly or a handshake with a stranger.

Matters become even more complicated when you consider the risk of a mishandled or misinterpreted sample. A man from Texas experienced the latter and was imprisoned four years for raping a woman he had never met. He was eventually released after a news investigation revealed that the facility that had tested his DNA was mishandling about 500 samples per year.

Other Types of Forensic Evidence

DNA is not the only form of evidence that can be mishandled. However, this is not generally the issue when it comes to other types of forensic evidence. Things like bite mark analyzation, which has been around since the Salem Witch Trials, has recently come under fire. The reliability of shoe print analysis, hair and fiber comparisons, and other forms of forensic testing have also been debunked over the last several years. None of it is based on real science. Instead, it is typically based on the experience of law enforcement and educated guesses, which are far from scientific.

Fight Back in Your Criminal Case

If you or someone you love is facing criminal charges, contact Scott F. Anderson, Attorney at Law for assistance. Dedicated and backed by over 25 years of criminal law experience, our Arlington Heights criminal defense lawyer can review your case and inform you of your options. No matter what your situation, we will pursue the most favorable outcome possible. Schedule a personalized consultation to get started. Call 847-253-3400 today.