Do I Have a Criminal Record if I Was Arrested and Charged but Not Convicted? 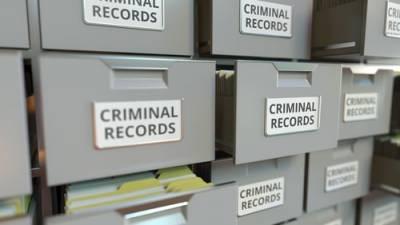 Being arrested and put in the back of a police car can be an overwhelming and confusing experience. Many people in this situation are unsure of what to expect after an arrest. They are unfamiliar with the bond hearing process or what it means to be formally “charged” with a crime. Likewise, many people charged with a crime do not understand the long-term consequences of the charge.  If the charges are eventually dismissed or they are found “not guilty”, they assume that there is no record of the charges.

Unfortunately, being arrested or charged with a crime can still be recorded on a person’s public criminal record even if he or she is ultimately acquitted of the charges.

Not every arrest leads to formal criminal charges. Sometimes, the prosecution does not have enough evidence to actually charge someone with a crime. The suspect is released from police custody and free to go about living his or her life. It is also possible to be charged with a crime only for the prosecution to drop the charges or dismiss the case. Individuals in these types of situations are usually unaware that the arrest or criminal charges are documented on their criminal record. Fortunately, there is a way to erase or “expunge” your criminal record.

Expungement Can Clear Your Record

Expunging is another word or erasing or deleting. Certain individuals are eligible for an immediate expungement of their criminal record. You may be able to get your criminal record erased if:

Record Sealing is an Alternative to Expungement

If you were charged with a crime and either pled guilty or were found guilty in court, you may not be able to expunge your record. Fortunately, you may be eligible for record sealing. Expungement completely destroys the record of a person’s arrest or criminal charges. Record sealing does not erase the criminal record but it makes the record of a crime confidential. The record is not accessible by the general public or most employers. Only government agencies and select employers may view the record if it is sealed.

If you were arrested or charged with a crime, you may have a criminal record accessible by future employers, landlords, or the general public. Rolling Meadows criminal defense attorney Scott F. Anderson can help you understand your options for expunging or sealing your record. Call 847-253-3400 for a confidential consultation.