Driving After Suspension or Revocation

Posted on June 8, 2016 in Traffic Violations 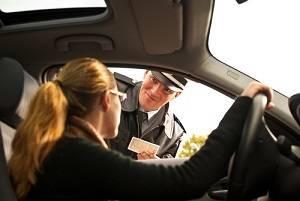 Under Illinois law, there are many reasons a person’s driver’s license can be suspended. One of the most common is if they are convicted of driving under the influence of alcohol or drugs. However, people can also lose their driving privileges for traffic violations such as reckless driving or speeding. Sometimes people have their license suspended for reasons that have nothing to do with driving – such as failure to pay child support. Whatever the reason, a person who has had their license suspended faces serious charges if they are caught driving during that revocation period.

If a person is caught driving without a driver’s license, and it is their first offense, they face Class A misdemeanor charges. A conviction can result in a jail sentence of up to one year and a fine of up to $2,500. Under certain circumstances, the person may be charged with a felony instead of a misdemeanor. One example is if a person who has been granted driving privileges during a Statutory Summary Suspension requiring they use a Breath Alcohol Ignition Interlock Device (BAIID) and they are caught driving without one.

Punishment, if a person is convicted of the felony, depends on what class of felony for which the driver. These are the punishments under current Illinois law:

For a person who has been caught driving during license suspension or revocation, it is almost guaranteed the court will extend the length of time of the original suspension or revocation. Often, the person will be given the same sentence that was originally imposed. For example, if a person was sentenced to a loss of license for one year, the court will add an additional year to that sentence, leaving the person without driving privileges for two years.

If you have been arrested and charged with driving after suspension or revocation, contact an experienced Arlington Heights criminal defense attorney. Call Scott F. Anderson, Attorney at Law at 847-253-3400 today.