When a DUI Charge Includes the Death or Injury of Another 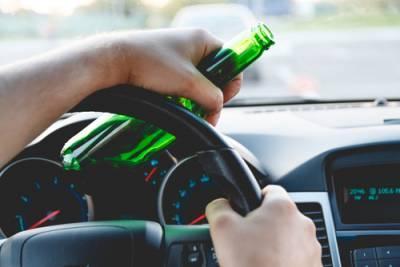 All DUI charges are serious matters, but those that involve the death or injury of another can result in heightened penalties. Just how serious can these consequences be? It depends on the situation. However, there are general guidelines, laws, and statutes that can help explain what you may be up against in a DUI that has caused death or bodily harm.

Death and Injury in a DUI Accident

If, while intoxicated, you are in a crash that causes bodily harm, death, or disfigurement to another person, it is generally considered an aggravating factor in your case. The weight that it will be given may vary, depending on the level of harm that was caused. Further, it is important to understand that each death or injury is considered a separate count, and that even an unborn fetus may be considered a separate count. More weight may also be given to the death or injury if you are on a subsequent DUI, rather than a first-offense DUI.

Again, all things are variable in a DUI case. However, most that involve death, great bodily harm, or disfigurement are charged as a Class 4 felony. Conviction comes with an immediate two-year revocation of your license. You may also face jail time, fines, and administrative fees. Added to this are the collateral consequences of a felony conviction, such as the diminished opportunities for employment, difficulty in finding housing, and many others. Further, if you drive for a living, you may be unable to continue working because of your conviction.

How an Experienced Criminal Defense Lawyer Can Help

While every case is unique, and there is no way to determine for certain how successful the outcome might be, there are ways that an experienced criminal defense attorney can help with your case. First, they can ensure that your rights are protected, and that you are not unfairly treated while in the justice system. Secondly, they can strategize a defense and attempt to mitigate your charges to improve the overall outcome. In some situations, it may even be possible to have the charges completely dropped. Yet you will never know if you do not take that initial step.

If you are up against a DUI charge, contact Scott F. Anderson, Attorney at Law. Dedicated and experienced, we have the skills and resources needed to effectively represent your case. No matter what your situation, we will aggressively pursue the most favorable outcome possible. Call 847-253-3400 and schedule a consultation with our Arlington Heights criminal defense attorney today.