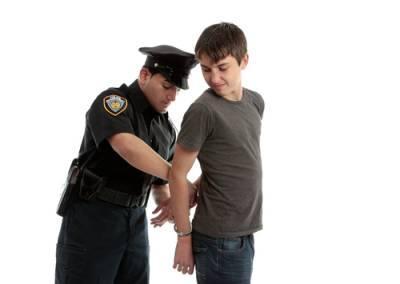 Drinking and driving can have serious consequences for any driver, but those under the age of 21 have the additional burden of a zero tolerance law. Underage drivers also have slightly different (and more severe) penalties than adults if they are caught driving while intoxicated. The following explains the potential consequences of an underage DUI. It also provides some valuable information on how they might be avoided, should an arrest occur.

What is the Zero Tolerance Law?

For non-commercial drivers over the age of 21, the legal limit of intoxication is a BAC of 0.08 or higher. Drivers under the age of 21 are held to a much higher standard because they are not of legal age to drink. This standard, which is known as the zero tolerance law, states that they can be penalized with a DUI if they have any trace of alcohol in their system. In other words, they cannot surpass a 0.00 BAC.

Consequences of an Underage DUI

Teens are also typically subject to administration fees, which must be paid to the Secretary of State’s office before driving privileges can be restored. They may also be required to complete a remedial education course to restore their license, and may even have to complete a new driver’s license examination to reinstate their license once the suspension period has ended.

Defending a Teen Under a Zero Tolerance Law

Another common issue is that breathalyzer tests and blood tests are not always reliable. Poor calibration schedules, improper handling of samples, and defective equipment can all cause a false positive. For a teen, that false positive can be much lower than an adult’s and result in serious consequences. An experienced attorney can help by ensuring the teen’s rights are protected and that all submitted evidence is valid and true.

With more than 25 years of experience, Scott F. Anderson, Attorney at Law, has the skills needed to effectively represent you or your teen. Dedicated to protecting your rights, future, and best interest, we will aggressively fight for the most positive outcome possible. Learn more by scheduling a consultation with our Arlington Heights DUI defense attorney. Call 847-253-3400.