DUI Stop in Illinois? Five Ways to Protect Yourself 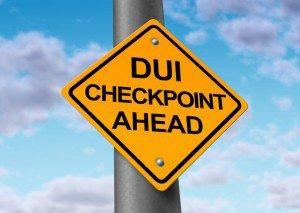 A criminal defense attorney recently garnered national attention from a viral video of him successfully passing through a DUI checkpoint without saying a word.

Florida lawyer Warren Redlich claims that all any driver is legally required to do at a DUI checkpoint is to show the officer a sign that says, "I remain silent. No searches. I want my lawyer." Drivers are also required to show their driver’s license and insurance information. This may all be done from the driver’s side of a rolled up car window.

What Works In Florida May Not In Illinois

Mr. Redlich’s stunt set off debates amongst lawyers all over the country as to whether or not this tactic would work in their respective areas. It is important to keep in mind that the culture of civil procedures in the state of Florida is not always a harbinger of the most legal practices in our country.

While many Illinois DUI attorneys would most likely advise against employing such tactics at a DUI checkpoint in Illinois, the legal principles of Mr. Redlich’s stunt are helpful to keep in mind at DUI checkpoints or if you are pulled over for a suspected DUI.

Five Tips To Protect Yourself After A DUI Stop

The majority of police forces across the country follow the "better safe than sorry" model in an effort to minimize the potential of drunk drivers to evade detection. This means that if you are pulled over by the police and are suspected of being intoxicated or of smelling of intoxication, either at a sobriety checkpoint or during a random stop, you will probably be arrested.

Once you have been stopped or have been ensnared at a DUI checkpoint, keep your cool and keep these helpful tips in mind:

Be polite to the officer, but keep your mouth shut as much as possible. You do not want to have a dialogue with someone who is actively trying to gather evidence against you. Anything that you reveal to the officer that could be used against in you in court, will be.

Never discuss any of the following topics with the officer:

Employ the phrase, "Officer, I choose to exercise my right to remain silent." Remaining silent can be your best defense and it is your right to do so.

If the officer requests that you exit the vehicle, you must comply with that request. However, you are not required to participate in roadside driver intoxication tests such as those known as Standardized Field Sobriety Tests (SFSTs). Common SFSTs include the stand-on-one-leg test and the walk-and-turn. You can politely decline to perform the tests.

Notably, Illinois statutes have never specifically recognized the validity of SFSTs, despite their common acceptance in case law, and refusing to take them is not a crime.

Writing down all the details about your activities leading up to your DUI stop and what occurred during your DUI stop will be crucial to building your defense. Important details to note to help establish your BAC timeline  include:

The aftermath of a DUI stop is not the time to have pictures of you getting intoxicated or clearly being intoxicated on the internet. This kind of pictorial evidence can be used against you and without the proper privacy settings, it may be easily found.

Contact a qualified Illinois DUI criminal defense attorney at the Law Offices of Scott F. Anderson.  Scott Anderson, has worked in the Illinois criminal justice system for over 23 year and has handled DUI cases both in the trial courts and on appeal.  He has represented clients for misdemeanor and felony DUI crimes throughout Cook, Lake, DuPage and McHenry Counties. Please call 847-253-3400 to schedule a free initial consultation today.