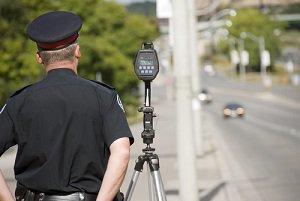 A federal judge in neighboring Iowa recently upheld an officer’s stop in a drug case, even though the defendant was travelling a mere 1mph above the speed limit and the officers admitted that the stop was only a pretext for arrest. Fortunately, the case is not yet binding precedent in Illinois.

In United States v. Fuehrer, deputy sheriffs in Dubuque had been essentially spying on the defendant for quite some time. When they learned that he would be travelling along Highway 151, the deputies set up a radar speed trap; one of them clocked the defendant at 66mph in a 65mph zone. Probably because it had been pre-arranged, a drug-sniffing dog was on the scene a mere two minutes after the flashing lights appeared. The dog detected methamphetamines, the defendant was arrested for possession of drugs, and his lawyer filed a motion to suppress the evidence.

During the hearing, the government admitted that "the officers had an ulterior motive in conducting the traffic stop." But the judge applied a 1996 Supreme Court case which held that any ulterior motive is "irrelevant" for probable cause purposes.

As for the vehicle’s velocity, the judge noted that speeding is speeding, whether it is 1mph over the limit or 50mph over the limit. The judge conceded that the state may not have been able to prove speeding beyond a reasonable doubt, because 1mph is within the radar gun’s margin of error, but that the government proved that the officer had "probable cause that defendant was driving in excess of the speed limit," and such a showing is all that was necessary.

Speeding at just above the posted limit, failure to signal a lane change, and nonworking headlights are just a few hyper-technical violations that trigger many stops in Chicagoland; on the plus side, the Legislature recently repealed the law that prohibited certain types of license plate frames.

For now, it appears that evidence seized after these stops may be legally used in court, but the Iowa case may eventually find its way to the Supreme Court.

Currently, the law is rather unfavorable towards criminal defendants, so it is more important than ever to have an experienced and aggressive attorney on your side. For prompt assistance in this area, contact an experienced criminal defense attorney in Arlington Heights today. Call Scott F. Anderson at 847-253-3400.