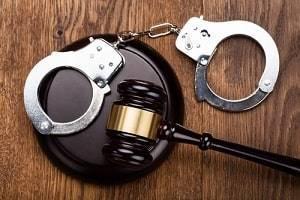 In 2017, The New York Times published a story detailing accounts of sexual harassment allegations against Hollywood mogul Harvey Weinstein. The case has been closely followed for the past three years as numerous charges were brought against Weinstein for various instances of alleged rape, sexual assault, and sexual harassment. In January of 2020, the trial against Weinstein began in New York, and it came to a close in late February, with the jury delivering a guilty verdict. Those who are familiar with this case may wonder how Illinois’ laws address accusations of sex crimes.

After the initial accusations brought against Weinstein by actresses Ashley Judd and Rose McGowan, more women came forth to make claims that they had also suffered sexual assaults by Weinstein. While dozens of women have accused Weinstein of sexual misconduct, he faced two counts of predatory sexual assault, one count of first-degree rape, one count of third-degree rape, and one count of a criminal sexual act in the first degree. After five days of deliberation, Weinstein was convicted of third-degree rape and a criminal sexual act in the first degree. He was subsequently sentenced to 23 years in prison.

In Illinois, sex offenses are categorized in two main ways, differentiating between assault and abuse and including aggravated designations for both. In most cases, sexual assault is charged as a Class 1 felony, which carries a potential prison sentence of 4 to 15 years and fines of up to $25,000. Sexual assault is charged as a Class X felony for a second or subsequent offense, with a possible sentence of 6 to 30 years in prison. Sexual abuse, on the other hand, is typically prosecuted as a Class A misdemeanor, which can result in a sentence of up to one year in prison. If there are aggravating factors for either sexual assault or sexual abuse, the charges will increase.

Sexual assault and other sex crimes are some of the most serious charges a person can face. In the state of Illinois, a sexual assault conviction will usually result in significant time in prison, as well as other consequences, such as the requirement to register as a sex offender. Scott F. Anderson, Attorney at Law, fights to protect clients’ rights in all types of criminal cases. If you have been charged with any type of sex crime, a skilled Rolling Meadows, IL criminal defense lawyer from our office can help build a solid defense on your behalf. Call our office today at 847-253-3400 to schedule a free consultation and learn how we can help you defend against these serious allegations or other criminal charges.