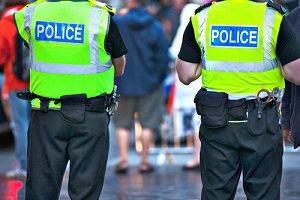 According to a recent United State Supreme Court case, the old adage that "ignorance of the law is no excuse" does not apply to criminal prosecutions.

Heien v. North Carolina began on an early spring morning in 2009 near the North Carolina-Virginia border. Surry County Sheriff’s Department Sergeant Matt Darisse observed a "stiff and nervous" driver in a Ford Escort. He followed the car for several miles. Eventually, the driver slowed down and only the left brake light came on. Sergeant Darisse pulled the car over and gave the driver a warning. But the entire time, Mr. Heien was lying prone in the back seat. Sergeant Darisse became even more suspicious, obtained consent to search the car, and discovered a sandwich baggie full of cocaine.

Even though the search and seizure seemed valid, Mr. Heien’s lawyer filed a motion to suppress the drugs, claiming that the stop was illegal. According to North Carolina law, a vehicle only needs one working brake light. An appeals court threw out the evidence, and the state Supreme Court reversed that ruling.

According to the majority opinion, the Fourth Amendment requires "reasonableness" and so officers have "fair leeway for enforcing the law in the community’s protection." U.S Supreme Court Chief Justice John Roberts then lists a number of instances that the Court sided with police officers when they made a reasonable mistake, such as a typo on a search warrant or the wrong address in an affidavit.

In her dissenting opinion, Justice Sonia Sotomayor hit the nail on the head. The prior instances of a reasonable error all involved a mistake of fact. With this opinion, the United States Supreme Court extended the doctrine to a mistake of law.

The Court also gave an awful lot of deference to Sergeant Darisse. In his defense, the North Carolina brake light law is poorly worded and most jurisdictions require that all brake lights be working. But he had evidently been on the force for some time--he is a "sergeant" and not a patrolman or corporal--so one would think that it is reasonable for him to know the laws he is supposed to enforce.

What does Heinen mean in The Land of Lincoln? Current Illinois law requires a search warrant to specify what the officers are looking for, and the affidavit must relate how they officers obtained this information. However, what if the warrant only mentioned "illegal activity" or "contraband," and the supporting affidavit only referenced an "informer’s tip?" Can officers bust down your door in the middle of the night because someone said you were doing something illegal, and if they are wrong, the error is chalked up as a reasonable miscalculation? According to the Heien case, the answer is "maybe so."

If you are facing criminal charges, you need an aggressive lawyer to stand up for your rights. For a free consultation with an Arlington Heights criminal defense attorney, contact our office. Attorney Scott F. Anderson has years of experience defending the rights and best interests of his clients. Call 847-253-3400 today.