Impending Holiday Season Means DUI Checkpoints – What You Should Know 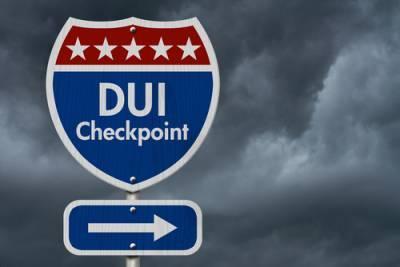 The holidays are just around the corner. There will be turkey and stuffing, family and friends, spiked eggnog and wine. To keep everyone safe, there will also be DUI checkpoints. Able to put you or someone you love in jail when you should be spending time together, these calculated stops to check for intoxicated drivers are the thorn of the holiday season. The following information can help you avoid this frightening and unfortunate fate this year.

One of the most common questions asked about DUI checkpoints is whether they are considered Constitutional or not. After all, at first glance, it appears that they directly violate the Fourth Amendment, which protects citizens from unreasonable searches and seizures. However, the U.S. Supreme Court has ruled otherwise. DUI checkpoint stops remain Constitutional if they are conducted legally and not done arbitrarily, or for purposes other than those pertaining to government (i.e. keeping the roads safe). It is also important to note that they may not violate any other rights of citizens.

Obviously, the best way to prevent a DUI checkpoint arrest is to avoid drinking and then driving. Unfortunately, mistakes do happen. For example, you might believe you waited long enough before getting behind the wheel, but then learn that you still registered above the legal limit. What can you do if something like this happens to you? You can start by exercising your rights, including your right to decline a search of your vehicle, and your right to remain silent during the stop. You should know that you do also have the right to refuse to submit to a field sobriety test and Breathalyzer, but an officer can still arrest you for any other behavior that gives them reasonable suspicion. This can also increase the consequences, should you be convicted.

Know What to Do If You Are Arrested

If you or someone you love is arrested for a DUI during a checkpoint stop, it is important that you know how to protect your rights. First, remain silent. Second, ask for an attorney once you have been read your rights. Continue to remain silent until you speak to your attorney. You should also remember that it is critical that you fight back against a DUI since the consequences can leave you with a suspended license and expensive fines and fees.

Backed by more than 25 years of experience, Scott F. Anderson, Attorney at Law, has the skills and knowledge needed to aggressively defend your rights. Whatever your situation, our Arlington Heights criminal defense attorney will pursue the most favorable outcome possible. Schedule your free initial consultation by calling us at 847-253-3400 today.