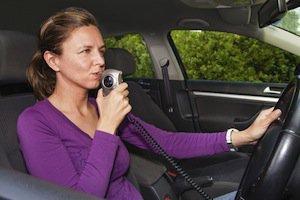 The Illinois Secretary of State reports that 86 percent of drivers arrested for DUI in 2012 were first time offenders. Even for a first offense, a DUI has the potential of carrying serious penalties.

Depending on the facts surrounding the arrest, it can include:

If a driver is arrested for a DUI in Illinois and fails or refuses to submit to a chemical testing, driving privileges are automatically suspended for six months for failing chemical testing and 12 months for refusal to submit. In both instances, if it is a first time offense, drivers may be eligible for a Monitoring Device Driving Permit (MDDP).

For drivers who wish to obtain, and are eligible for, driving privileges during a suspension period, the driver must obtain a MDDP. Like many states, Illinois requires first-time DUI offenders to install a Breath Alcohol Ignition Interlock Device (BAIID) in their vehicle, in addition to a camera that records the image of the driver as they perform their breath test.

First-time DUI offenders are not eligible for a MDPP given the following:

Within 90 days of receiving the driving suspension notice, a driver may request a judicial hearing to challenge the statutory suspension. This hearing is held separately from court dates scheduled for the criminal charge(s).

If you have been arrested for driving under the influence in Illinois, contact an Arlington Heights DUI attorney today to help you understand and exercise your legal options.