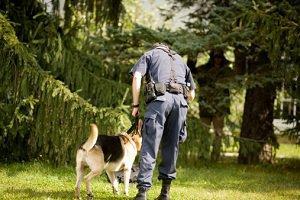 A man who was allegedly involved in an accident that killed a police officer and his K-9 partner was charged with aggravated DUI in Illinois.

According to CBS Chicago, Jason C. Collins was driving on I-55 north of Route 23 when his pickup truck left the road and struck a marked police car in the center crossover around 9:30 p.m. on October 30,2013. The collision killed Pontiac Police Officer Casey Kohlmeier and his K-9 partner Draco. Collins was taken into custody after being released from the hospital and was charged with aggravated DUI.

Kohlmeier was a U.S. Air Force veteran and a well-respected member of the Pontiac police force and the community. According to the department, "Casey was a dedicated, honorable employee who was deeply committed to law enforcement and to the community he will be greatly missed." He joined the Pontiac police force in 2007 and was assigned to the Livingston County Pro-Active Unit.

Collins faces strict penalties under Illinois law. According to Cyberdrive Illinois, a DUI resulting in a death is considered a Class 2 felony. He may face jail time, as well as a revocation of his driving privileges for a minimum of two years. He may also be required to complete an alcohol/drug education course or substance abuse treatment program before he will be allowed to drive again.

If you have been accused of a DUI offense, it is important that you have someone on your side who can defend your side of the story in court. Contact an experienced Illinois DUI defense attorney to help you navigate the law. A well-informed lawyer can help ensure that you receive a fair trial.