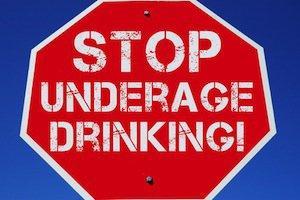 Illinois maintains a Zero Tolerance Law when it comes to underage drinking and driving. An underage driver whose blood alcohol content (BAC) is .08 or greater results in an immediate six-month driver’s license suspension. A refusal to submit to a chemical test on suspicion of a DUI is grounds for a 12-month suspension.

The state’s Mothers Against Drunk Driving (MADD) statistics reveal that more than 400,000 people ages 12-20 reported alcohol use in 2011. However, due to the Zero Tolerance Law, a minor can have his or her driving privileges suspended even when not intoxicated at the legal limit of .08.

If a person under 21 tests with a blood alcohol level of .08 or higher, DUI laws take effect. A conviction can be permanently listed on a public driving record.

Minors convicted of a second DUI offense face longer driving suspensions, with a minimum five-year loss of privileges and the possibility of longer imprisonment. A third DUI conviction is issued as a Class 4 felony with a 10-year driving suspension and a possible seven years of imprisonment. Major penalties still take effect for those under 21 for alcohol-related offenses that do not involve drinking and driving. Transporting alcoholic beverages as a minor can result in:

Use of a fake ID or allowing someone else to use your ID in Illinois carries a potential penalty of up to one to three years in prison and maximum of $25,000 fine. One beer can result in a .08 BAC depending on a person’s body weight. The cost of one drink can lead to thousands of dollars in fines, limited driving privileges, and possible jail time.

If you or someone you know has been arrested for a DUI in Illinois, contact an experienced Arlington Heights criminal defense attorney to discuss your legal options.