Illinois Students Face the Rise and Fall of Underage Drinking 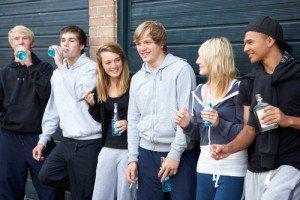 Underage drinking affects thousands of Illinois college students and their families every year. With the unofficial end of summer and the beginning of the fall semester underway, students face the temptations of drinking underage without always being fully aware of the consequences of those actions.

Students who choose to drink and drive may face the legal ramifications of a DUI charge, which can affect both their criminal record and driving eligibility status. The National Institute on Alcohol Abuse and Alcoholism shares dangerous statistics surrounding underage drinking among college campuses:

Sexual assault, injuries, alcohol dependence, and severe health problems are also all listed under the umbrella of what can result when minors consume alcohol.

The State of Illinois has strict underage drinking laws in place, which state that it is illegal for anyone under the age of 21 to possess or consume alcohol. It is also illegal to purchase alcohol for a minor.

Even with these laws in place, underage drinking reportedly occurs at the high school level. According to a 2010 Illinois Youth Survey conducted by Bloomington-Normal, 63 percent of 12th graders have consumed alcohol in the past year and 25 percent reported binge drinking in the past two weeks.

The challenges facing education and awareness about underage drinking is an ongoing issue for students, families, and their communities alike. If you or a family member is in need of a DUI attorney in Illinois, contact an experienced Arlington Heights criminal defense lawyer today who is experienced in handling alcohol-related crimes. Discuss your legal options by scheduling a free case evaluation.