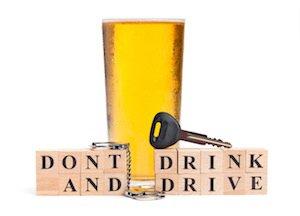 Though drunk driving is still a serious problem in the Chicago area, these types of initiatives seem to be working. There were 3,395 DUI arrests in Chicago last year, representing a 10.5 percent annual decline. The number of arrests actually rose, so the proportionate drop was not part of a large trend, but a stand-alone statistic. The number does not represent convictions, however. The number of arrests was generally consistent with ratio of town population.

Other safety-related initiatives are also underway across the country to help thwart drunk driving as well, as noted in another Chicago Tribune article. One such invention is an onboard application, similar to a breathalyzer, that would not allow a drunk person to start a car. The technology, known as a Driver Alcohol Detection System for Safety (DADDS) "uses sensors in the cabin to measure blood-alcohol content by breath or touch to ensure a driver" is below the legal blood alcohol content level, before he is able to start the ignition.

If you or someone you know has been charged with drunk driving in Chicago, the most important first step is to seek the counsel of an attorney. Contact Scott F. Anderson Attorney at Law today.