Is it Assault or Battery? What is the Difference? 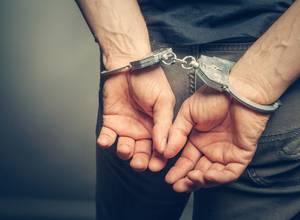 The two terms are frequently substituted for each other with regularity, usually by those who do not really know the difference. The fact is, while similar in nature, criminal charges of assault and battery have distinctive differences in how they are applied and eventual consequences.

Differentiating Between the Two

While both may be justified in the case of defending oneself from a perceived threat, and must have occurred in an intentional manner, there are differences that set a charge of assault from that of battery. Here we list a summary intended to better explain the nuances of both criminal charges.

In both cases, one may use reasonable force to defend himself, others or property, provided force is first applied by the aggressor.

Both assault and battery include a number of variables that could result in upgraded charges. These primarily include wearing a hood or mask during during the commission, and the display (in the case of  assault) or use (in a battery) of a weapon. Where the act occurs and at whom it is direct can also impact the severity of charges once may face.

In the event you are arrested for assault or battery, it is important to obtain help from a qualified Illinois violent crime defense lawyer to ensure yourself a thorough and aggressive defense. Scott F. Anderson Attorney at Law understands how charges are filed, and looks for opportunities to help mitigate the consequences one might face. To learn more about the resources available to you just schedule a free consultation by calling  847-253-3400.