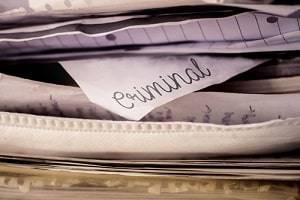 There are certain types of offenses and sentences that do not qualify for an expungement that may qualify for sealing, which is a similar process. Sealing a record means that it is hidden from the general public but not law enforcement officials.

Having a criminal record can prove to be a great hindrance to your life. Even after you have finished your sentence and have worked past that part of your life, your criminal record will still be visible to all employers, landlords, creditors, and anyone else who runs a background check on you. Expungement is typically the most favorable option if you are looking to clear your criminal record, but the process can be complicated. A knowledgeable Arlington Heights, IL expungement lawyer can help guide you throughout the legal steps. Scott F. Anderson, Attorney at Law, believes that everyone deserves a second chance; to schedule a free consultation, call our office today at 847-253-3400.