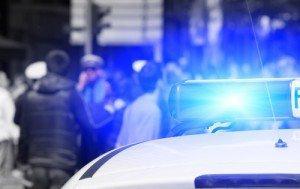 The Lake County State Attorney’s office is proposing a new program aimed at people who are arrested for nonviolent felony offenses. Those who qualify could see the arrest permanently deleted from their criminal record.

According to State&#039;s Attorney Michael Nerheim, the Alternative Prosecution Program would give first-time offenders the opportunity to wipe the offense off their record, thereby also erasing it from background searches the potential employers may do when the offender applies for a job. Nerheim said that he developed the Lake County program using similar programs that exist in Cook, DuPage, Kane and McHenry Counties as examples.

In order to launch the program, the state attorney’s office needed to get the approval from the Lake County Board for the fees that will be associated with the program. Participants of the program would be required to cover all associated costs applicable to their case, including:

The income generated from the anti-crime program restitution fees is expected to be donated to nonprofit anti-crime agencies.

In order to qualify for the program, an offender would be required to participate in a series of interviews with a panel made up of citizen volunteers. Recommendations for substance abuse treatment, continuing education programs, and/or public service would then be made. The offender might also be required to make financial restitution for his or her crime. Before an offender is officially approved, both victims and law enforcement would also be notified to ensure there are no objections.

Once an offender is accepted into the program, he or she would have to appear in court and plead guilty to the crime. There will also be a sentencing date scheduled, one year from the offender’s initial appearance court date.

In the ensuing 12 months, the offender will be required to periodically meet with the state attorney’s office staff to make sure he or she is following all requirements. Six months from the initial court date, the offender must appear in court again to show to the court he or she is in compliance with the program. One year from the initial appearance, at the sentencing date, as long as the offender as met all requirements, his or her criminal record will expunged of the offense.

If you have been arrested, contact an experienced Arlington Heights criminal defense attorney to find out what diversionary programs may be available to you. Call Attorney Scott F. Anderson at 847-253-3400 to schedule a free initial consultation today.