Multiple DUIs in Illinois Can Lead to Long-Term Imprisonment 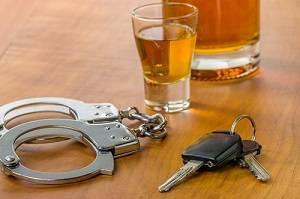 New laws that were implemented at the beginning of 2016 could place more drivers with convictions for driving under the influence (DUI) back on the road. However, it should be noted that continued DUI charges can still result in subsequent punishment, including long-term imprisonment. In fact, one woman recently received a 13-year sentence after being convicted of her fifth and sixth charges of driving under the influence. Stay safe, prevent further DUIs, and know what to do if you are arrested again to protect yourself from similar consequences.

If you have already received a DUI conviction, it is critical that you follow all orders given. This can include everything from fines and community service to the completion of a drug and alcohol program or use of an interlock device on your vehicle once your license is reinstated. Compliance can ensure you keep your license, and not attempting to drive illegally can prevent further penalties.

The only way to truly prevent all further DUI convictions is to not drink and drive. Of course, this is sometimes easier said than done, especially if you find yourself in a situation you had not anticipated. Some tips to help you avoid drinking while driving in the future include:

The Importance of an Attorney

Whether it is your first DUI or your fifth, it is crucial that you hire a skilled and experienced attorney to ensure your rights are protected, and that you achieve the best possible outcome for your unique situation. Neither are guaranteed if you attempt to handle a DUI charge alone. Scott F. Anderson, Attorney at Law, has more than 25 years of experience in working with the criminal justice system and DUI charges. Call 847-253-3400 today and schedule your free initial consultation with a knowledgeable Illinois criminal DUI defense attorney.