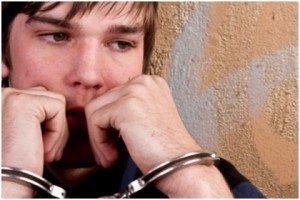 According to a report in the Chicago Tribune, a new law has been passed that will now allow 17 year old felony offenders to be tried in juvenile court as opposed to being tried as adults. Experts say that this change will allow the juveniles a better chance of rehabilitation.

In a prison system that is seriously overcrowded with a high rate of recidivism, House Bill 2404 should be instrumental to giving juvenile offenders the tools that they require to emerge as law-abiding citizens. Handling the kids in an environment that is less focused on punitive punishment will give them better coping skills to understand what they did wrong, why they did it, and learn what they can do differently in order to stay out of jail in the future.

If it passes, Illinois will join 38 states that have passed similar laws. This bill is focused on an approach that is more rehabilitative and goes along with the national trends that are geared toward youth development. The current adult jail system is not equipped to deal with the issues and provide the support that the youth offenders need.

Having a child arrested for a felony, or any crime is scary for both the parent and the child. As a parent, this is going to be a stressful and emotional time. Just as your child needs support from you, you are both going to need the professional support of an experienced and aggressive Illinois criminal defense attorney. Even in a juvenile case, your child has the right to have an attorney present from the time of questioning to ensure that there are no incriminating statements made. The attorney will assess all the facts of the case and decide the best course of action going forward. The outcome of a juvenile case can have long lasting effects into adulthood.