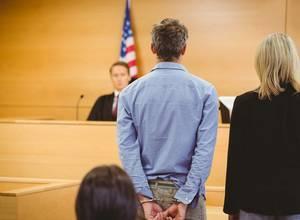 Over the years, a number of school teachers and coaches have faced vigorous prosecution for alleged sexual abuse or misconduct with students. Even when the alleged actions occurred several years in the past, victims have raised concerns that impact the lives and careers of those who may have been involved.

New Cases Emerge From Incidents That Occurred in the Past

Both current and former school employees are the targets of prosecution when it comes to allegations of sexual abuse or sexual misconduct. Even when the incident includes claims of a consensual relationship, a situation involving a person of authority over a student results in aggressive investigation by law enforcement. Two cases that came to light in Illinois last year demonstrate how claims of past incidents can result in charges against educators.

No criminal charges are pending at this time in either case, but law enforcement agencies have opened investigations into both of the incidents.

Following a high profile case involving former Illinois Congressman Dennis Hastert, who once served as Speaker of the House of Representatives, a new law was signed last summer that effectively eliminated the statute of limitations for felony sexual abuse of or sex crimes against children. As a result, long-retired teachers, coaches, and others may now face charges stemming from allegations dating back many years.

Regardless of the circumstances, a charge of sexual abuse is not something you or someone you know should take on by themself. The many variations of the crime and the possible charges might confuse an inexperienced person. Scott F. Anderson, Attorney at Law, is a respected and highly experienced Arlington Heights criminal defense lawyer with great knowledge of criminal code and a reputation for delivering an aggressive defense strategy for every client. Schedule a free initial consultation just by calling  847-253-4700 today.