Penalties for Driving With a Suspended or Revoked License in Illinois 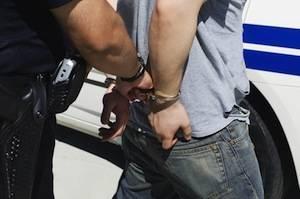 Though the most common way people have their driver’s license revoked or suspended is through a DUI conviction, there are multiple other ways this can occur. In Illinois, if you fail to appear in court when you are summoned, if you have unpaid parking tickets, if you have not paid court-imposed fines or child support, you could lose your license.

While it may be difficult to go through your daily routine without driving privileges, it is never a good idea to drive with a suspended or revoked driver’s license. Doing so can make a difficult situation significantly tougher, including mandatory incarceration or substantial community service.

If you are caught driving with a suspended or revoked driver’s license a second time, the charge is increased from a misdemeanor to a felony. A second offense will result in you being charged with a Class 4 felony. This means you can expect to spend a minimum of 30 days in jail or 300 hours of community service if convicted. Your driver’s license will also be suspended for double the original suspension period or your revocation period will have one year added to it.

A driver’s license is something you do not realize how much you need until it is gone. Having a suspended or revoked license can cause extreme difficulty doing the simplest of everyday tasks, like going to the grocery store or picking your child up from school. If you face driver’s license suspension or revocation for any reason, contact a Rolling Meadows, IL driver’s license reinstatement lawyer today. Scott F. Anderson, Attorney at Law will fight to keep a conviction off your record and preserve your driving privileges. To schedule a free consultation, call our office at 847-253-3400.