Pretrial Release: The Requirements and the Process 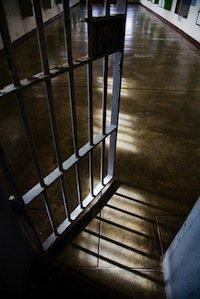 In any criminal case, it is very important that clients of criminal defense lawyers in Arlington Heights be free before trial, and not just for the obvious personal and family reasons. People who are in jail can visit with their attorneys only in carefully controlled conditions, so it is very difficult for them to help prepare their defense. Later, once the trial starts, jurors may believe that defendants who are in jail are more likely to be guilty.

The Eighth Amendment to the Constitution provides that reasonable bail shall be available in all criminal cases. Typically, a magistrate sets the bail amount at a detention hearing shortly after the defendant is arrested. In setting the amount, the judge can consider the following:

The bottom line is that bail exists to guarantee the defendant’s appearance at trial. It is not a means of punishment.

Although first-time, nonviolent offenders are often released on their own recognizance, in most cases the defendant can purchase a security bond or post cash bail. Assume that the judge sets bail at $5,000. Most bonding companies charge about 10 percent for a security bond, which would be $500. When the trial is over, the bonding company keeps the fee. The accused can also deposit money, or perhaps property, for the full amount with the county. After the trial, the entire sum is refunded.

Those defendants who cannot make bail may request a bond reduction hearing. They may present testimony about their ties to the community, financial status, and other evidence indicating that they are not flight risks. The judge may then lower the bail amount to something the defendants can afford.

An effective defense to criminal charges begins the moment you are arrested. To schedule a consultation with an experienced Arlington Heights criminal defense lawyer, contact Scott F. Anderson. He will fight for you from start to finish.