Social Media Activity During a Crime Can Be Used Against You 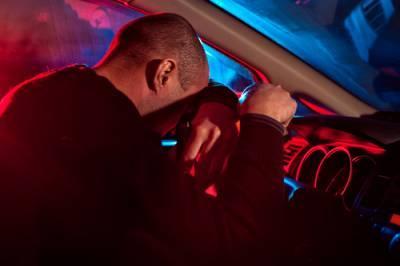 In many ways, social media has been a positive step forward for mankind. It has given people the ability to connect and converse with others all around the world and brought families and friends closer. There is a drawback, however. Law enforcement has taken to social media platforms to find, charge, and even convict alleged suspects. Learn what you need to know about how your social media activity could negatively affect your life, and how you can protect your rights if you are currently facing criminal charges for your behavior on social media.

While most people use social media to share their evening out with friends, a day at the beach, or a recent engagement, others have used it to boast about driving while under the influence. Unfortunately, many of them have been arrested because of that over-sharing of information. Even worse, their social media boast is often used as evidence against them.

One recent example is of a Florida woman who used Periscope (a live streaming application by Twitter) to share her night of drinking, and then live streamed herself driving while allegedly intoxicated. Social media users began calling the authorities and an officer ended up creating an account on Twitter to find the young female driver. Her live stream was still going and gave officers a way to find her. She was pulled over, given a field sobriety test, and arrested on DUI charges. Her video served as evidence in her case, which she allegedly took a plea deal in.

Drunk driving is not the only crime making its way onto social media. There have been alleged burglars, bank robbers, and would-be bombers who have been nabbed by the police for over-sharing information about their alleged crimes. Many are not aware that police in man areas throughout the country regularly monitor social media. Others rely on other users to phone in and report suspicious or concerning activity. In each case, the desire to boast can be used as evidence, and could even be considered an outright confession in some situations.

Whether a joke or an actual crime, you should never share personal information about yourself that you do not want seen by law enforcement or other government officials. Further, you should never boast about a crime on the internet, either through social media or other applications. Instead, you should preserve your right to remain silent, and your right to due process. You should also exercise your right to legal counsel, regardless of how bleak the evidence or case against you may seem. Mitigation or a dismissal of the charges may still be possible.

If you or someone you love is facing criminal charges, contact Scott F. Anderson, Attorney at Law for assistance. Backed by more than 25 years of experience and dedicated to protecting your rights and future, we will aggressively pursue the most favorable outcome possible for your situation. Learn more about how we can assist with your case. Call 847-253-3400 and schedule confidential consultation with our Arlington Heights criminal defense attorney today.