A recent study at Roosevelt University concluded that Chicago has the worst heroin problem in the country. The study revealed that heroin use among those 20-years-old and younger is increasing and spreading from the inner city into Chicago’s neighborhoods and suburbs. According to Chicago Police records from January to August, 3,469 people have been arrested for heroin possession. 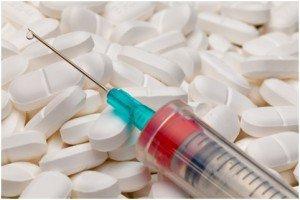 Statistics show that although heroin-related deaths have decreased in Chicago, there has been a 200 percent spike in deaths in the suburbs. In DuPage County alone, since 2008, there has been a 48 percent increase. Cook County reports one to two heroin deaths per day.

Experts from the U.S. Drug Enforcement Agency (DEA) say that this increase in use among young people is alarming and indicates a trend of using heroin as a recreational drug – an extremely dangerous behavior given heroin’s highly addictive qualities. The typical mode of introduction to the drug is either by snorting or smoking it.

In response to this dramatic increase, a new law was passed in Illinois to establish the Young Adults Heroin Use Task Force. The task force will be conducting a study on the heroin use problems in Illinois high schools and will be responsible for suggesting programs that school administrators and teachers could use to help combat the problem. These programs could also involve the participation of local law enforcement agencies.

The bill was sponsored by State Sen. Kirk Dillard who serves on the Board of the Robert Crown Center for Health Education (RCC) in Hinsdale. In a study that RCC participated in researchers found that more than one third of the participants began using heroin while they were in high school. They also found that parents, schools and communities are generally unaware that youth heroin use is rising to epidemic proportions.

If you have been arrested for a drug crime, you should be aware of how serious the consequences can be if convicted. Contact a qualified Arlington Heights criminal defense attorney to help protect your rights in the courtroom.