How to Interact With Police During an Illinois Traffic Stop

Posted on October 13, 2020 in Traffic Violations 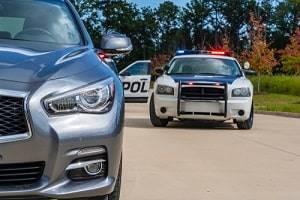 Being pulled over by the police is something that almost all of us will experience at some point in our lifetimes. Whether the stop is for something trivial, such as a broken tail light, or a violation that is more serious, such as aggravated speeding or DUI, it can be stressful no matter what. Much of the anxiety and uncertainty that comes from a traffic stop often stems from the lack of interaction and knowledge of what to do when interacting with police. Traffic stops can end up ultimately resulting in serious criminal charges for various things, including inappropriate interactions with officers. It is important for you to know how to responsibly handle a traffic stop if you are pulled over in Illinois.

Do Not Give Police Officers a Reason to Be Suspicious

For the most part, all traffic stops follow pretty much the same pattern, beginning with the officer pulling you over. Being a police officer is a dangerous job, but the risk comes with the territory. Officers are injured or killed each day, even in routine tasks such as traffic stops. In order to make your traffic stop goes smoothly with as little conflict as possible, you should try to remember these important points:

Implied Consent and the Fourth Amendment in DUI Cases 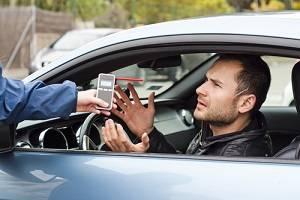 In the state of Illinois, just as in most states in this country, when a person gets their driver’s license, there is “implied consent” that the person will submit to testing to gather a sample of their blood, breath, or urine to law enforcement if they have been arrested for suspicion of driving under the influence of alcohol or drugs. If a person refuses to submit to that testing, their licence will be automatically suspended for one year. If it is their second or subsequent refusal, they will automatically have their license suspended for three years. This suspension of driving privileges is separate from the actual driving under the influence (DUI) charge or penalties if they are found guilty. However, a ruling by the Georgia Supreme Court regarding implied consent could have far reaching consequences on every state’s implied consent laws.

The case in question involved a man who was arrested in 2012 and charged with drunk driving. According to court records, the man was not advised of his Miranda rights, but the arresting officer read an implied consent notice and told the man to answer yes or no. The man was then taken to a medical facility where he had blood and urine samples taken. 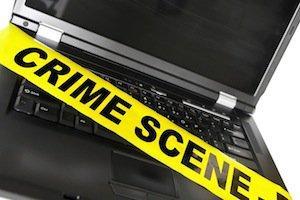 The U.S. Department of Justice (DOJ) has submitted proposed changes to the law which would make it easier for law enforcement to obtain warrants in order to hack into a criminal suspect’s computer. The proposed changes were presented to the Judicial Conference’s Advisory Committee on Criminal Rules. The federal search warrant rules are known as "Rule 41."

According to the DOJ, the biggest hindrances they run into when trying to execute a warrant for a suspect’s computer is when the location of the computer is unknown or the suspect has multiple computers. Members of the committee, while debating the DOJ’s proposal, pointed out that the Fourth Amendment, which protects against unreasonable searches and seizures, requires warrants to "particularly" describe the item to be searched. The Fourth Amendment reads: "The right of the people to be secure in their persons, houses, papers, and effects, against unreasonable searches and seizures, shall not be violated, and no warrants shall issue, but upon probable cause, supported by oath or affirmation, and particularly describing the place to be searched, and the persons or things to be seized." Allowing warrants for a computer that law enforcement could not provide a location or IP address for could violate that part of the amendment. The DOJ’s response to that concern was that would be an issue that would need to be decided by the courts. If approved, law enforcement would be able to obtain a warrant from a district court where activities related to a crime had occurred, but not where the suspect’s computer or computers were located. The warrant would be executed remotely. One way law enforcement could execute the warrant is via sending an email. This email would be embedded with a code that would install spyware software onto the recipient’s computer. Another example in which warrants could be remotely executed is by installing malware directly on a website, such as a child porn site, that would collect the identities of visitors to that website. If you have been arrested and charged with a crime based on an illegal search and seizure, contact an experienced Arlington Heights criminal defense attorney to make sure that your rights are protected in the courtroom.
Tagged in: Arlington Heights criminal defense attorney computer hacking Fourth Amendment illegal search and seizure Illinois criminal defense lawyer install malware install spyware software Law Offices of Scott F. Anderson probable cause Rule 41 U.S. Department of Justice unreasonable searches and seizures