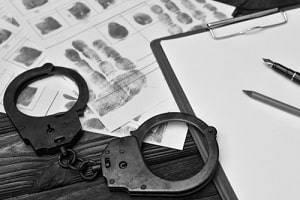 When it comes to children in Illinois, the state does the best job it can to protect the innocence and well-being of its young citizens. In civil matters involving children, the child’s best interests are always at the top of the list of concerns. Illinois lawmakers, police officers, and other criminal justice personnel view crimes against children as extremely serious matters. One of the most commonly charged crimes against children is child endangerment, which encompasses a variety of behaviors. These charges can mean serious consequences for perpetrators, which is why it is important to understand these offenses and their penalties.

What Is Child Endangerment?

What Penalties Do Perpetrators of Child Endangerment Face?

Any crime that is perpetrated against a child is a very serious matter. Even if you are not convicted and are merely just charged with a crime, that is something that will stay on your criminal record, and it can affect many other areas of your life. If you have been accused of child endangerment, you need to talk to a skilled Arlington Heights, IL criminal defense lawyer right away. Scott F. Anderson, Attorney at Law knows the consequences of crimes against children, and he can help you keep your name from being tarnished. Call our office today at 847-253-3400 to schedule a free consultation.