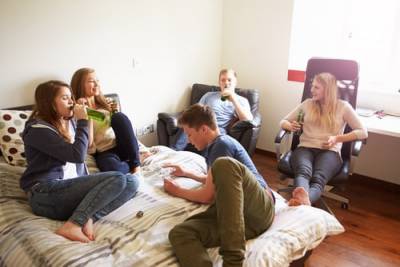 When teens get behind the wheel of a car after they have consumed alcohol, they have a higher chance of getting into an accident. According to the National Highway Traffic Safety Administration (NHTSA), car crashes are the leading cause of death for teenagers, with a fourth of those crashes involving an underage driver who has been drinking. The NHTSA reports that drivers between the ages of 16 and 24 made up 39 percent of drivers involved in fatal alcohol-involved crashes. Illinois has adopted a zero tolerance law, meaning that if an underage driver is found to have any alcohol in their system, they will lose their driving privileges. Being charged with an underage DUI is a serious offense, so it is important that you understand the penalties.

First offense: If the driver’s BAC is more than .00, they will lose their license for three months.

Second offense: If the driver’s BAC is more than .00, they will lose their license for one year.

First offense: Refusing to submit to BAC testing can result in a 6-month license suspension.

Second offense: Refusing to submit to BAC testing can result in a 2-year license suspension.

In addition to the Zero Tolerance penalties, underage drivers who have a BAC of .08 or more or .05 and additional evidence pointing toward impairment can be charged with a DUI.

First offense: A minimum 2-year revocation of driving privileges, up to a year in jail and up to $2,500 in fines.

Second offense: A minimum 5-year revocation of driving privileges, mandatory imprisonment for five days or 240 hours of community service, a possible jail sentence of one year and up to $2,500 in fines.

Get Help from an Arlington Heights DUI Defense Attorney

Being charged with a DUI when you are under the legal drinking age can result in serious penalties that can affect you for a long time. If your teen is facing a Zero Tolerance or underage DUI penalty, you need the immediate help of an experienced Rolling Meadows DUI defense attorney. Contact Scott F. Anderson, Attorney at Law to discuss your options and your best course of action. Call 847-253-3400 to schedule a consultation.