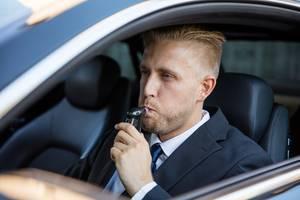 When police initiate a traffic stop, the motorist may feel compelled to submit to a breathalyzer test or some other form of field sobriety testing due to a little understood law known as implied consent.

Implied consent is often applied during a traffic stop when police suspect a motorist is driving under the influence of alcohol, and is attached to the issuance of a driver’s license in most states.

When Did I Give Consent?

In Illinois, when a person is issued a driver’s license, they automatically agree to submit to sobriety testing if stopped by police when they sign the paperwork to obtain a license. The state enforces implied consent laws because it maintains that driving is a privilege and not a right. In fact, implied consent may even apply if one is not actually driving, but appear in physical control of a vehicle as in:

In both examples, Illinois law states that you consent to taking a preliminary breath test to check your blood alcohol content.

Refusing to Comply with Implied Consent

In Illinois, a person who refuses to comply with a lawful order to take a preliminary breath test can result in a one year suspension of their driver’s license. However, this strategy may be far less damaging than an actual conviction for driving under the influence.

Furthermore,  the validity of implied consent is often contested and frequently undergoes review based on the actions of law enforcement officers acting under the authority of implied consent. A highly-publicized case in Utah last year drew attention to the subject when police attempted to obtain a blood sample from a suspected drunk driver who was transported to a hospital. Police insisted implied consent gave them the authority to obtain the sample, but in this case a warrant was necessary to draw blood from a person, even a suspect in a drunk driving incident, who was in a hospital.

In the event you are cited for or charged with operating a motor vehicle  while under the influence of alcohol it is important to understand the serious nature of the situation. It is equally important to retain the counsel of a knowledgeable Arlington Heights DUI defense attorney who can help you fight the charges and protect your driving privileges. Scott F. Anderson, Attorney at Law, understands the gravity of these charges and applies in-depth knowledge of the law to present an aggressive defense strategy. Contact their offices at 847-253-3400, and set up a free consultation as soon as possible to see how  quality legal representation will benefit your case.