What Are the Most Common Property Crimes Committed in Illinois? 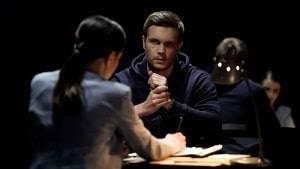 There are multiple crimes that can fall under the category of property crime. According to the Federal Bureau of Investigation (FBI), property crimes include burglary, theft, motor vehicle theft, and arson. The latest statistics from the FBI estimate that there were nearly 7.2 million property crimes committed in the United States in 2017. In Illinois, property is defined as “anything of value,” meaning property crimes also include offenses that involve deception, fraud, plus damage and trespass to real property. Although it may seem like property crimes are not as serious as other criminal acts, they can carry significant consequences.

If a person has knowingly or without authority entered a building, home, dwelling, motor vehicle, or aircraft with the intent to commit a felony or theft, then that person has committed burglary. There are a variety of actions that could encompass burglary, but most commonly, burglary charges stem from a person taking or attempting to take property from inside a structure. Burglary is almost always a felony charge. If you do not cause damage to property, you will be charged with a Class 3 felony, facing a possible sentence of two to five years in prison. Likewise, if damage is caused to property, charges are increased to a Class 2 felony, which carries a sentence of three to seven years in jail.

The state of Illinois defines arson as a person destroying any property that is worth at least $150 by way of fire or explosives. General arson carries a Class 2 felony charge with a possible prison sentence of three to seven years. Residential arson or place of worship arson is considered to be a Class 1 felony, which has a potential jail term of 4 to 15 years in prison.

There are various crimes that can fall under the category of “damage to property,” and they include any of the following actions:

Damage to property charges in Illinois can range anywhere from a Class B misdemeanor to a Class 2 felony, depending on the circumstances. Typically, the charges vary based on the amount of damage caused or the value of the property.

Based on the situation, you could find yourself charged with a misdemeanor or even a felony if you are accused of committing certain types of property crimes. If you have been charged with any type of property crime, you should contact a skilled Arlington Heights, IL property crime defense lawyer as soon as possible. Scott F. Anderson, Attorney at Law has more than 25 years of experience in criminal law, and he can help you build a solid defense to avoid incarceration and a criminal record. Call our office today at 847-253-3400 to schedule a free consultation.