What Are the Penalties for a DUI in Arlington Heights? 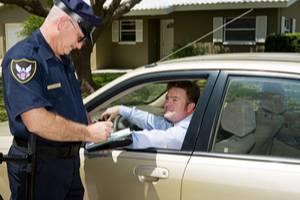 Have you found yourself facing charges for driving under the influence (DUI)? Drunk driving is taken very seriously in Illinois and a conviction for DUI can result in life-changing penalties. Secondary and subsequent DUI convictions are penalized even more harshly than first-time DUIs. Aggravating factors, such as having a child in the vehicle can also increase the penalties associated with a drunk driving conviction.

What is a DUI?

Now, some state governments differentiate between a DUI, a DWI, and an OWI. As such, in those parts of the country, there is a difference between a DUI charge vs a DWI charge or an OWI charge.

However, in the state of Illinois, these three charges are not separate, meaning Illinois does not differentiate between a DUI, a DWI, or an OWI. Instead, anyone who operates a motor vehicle while under the influence of a substance that impairs his or her ability to drive may be charged with a DUI across the board.

The Three Most Common DUI Penalties

The penalties that someone faces as a result of being charged with a DUI in Illinois will vary. This is because the consequences for a DUI depend on the details of the situation, including the driver's blood-alcohol level, the age of the driver, the number of passengers in the vehicle, and if the driver has been convicted of a DUI in prior years, among other factors.

That said, there are a few common DUI penalties for people who are charged with driving under the influence in Illinois.

There are also administrative penalties for DUI charges and convictions including suspension or revocation of your driver’s license.

If you are in need of representation or legal advice regarding a DUI in Illinois, reach out to Scott F. Anderson, Attorney at Law. Scott Anderson is a Rolling Meadows criminal defense lawyer who can help you build a case in the face of DUI penalties and charges. Start the defense process by calling 847-253-3400 for a free consultation.