What Are the Penalties for Reckless Driving in Illinois? 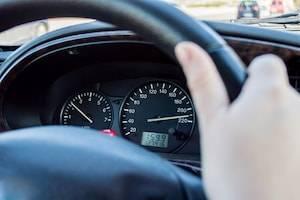 Traffic violations are not uncommon. Millions of people each year are issued citations and tickets for breaking traffic laws. Most of the time, these tickets just require the driver to pay a specified fine. In some cases, the driver may have to appear in traffic court to settle the issue. In other cases, a police officer might perform an arrest at a traffic stop if he or she believes the offense was serious enough. One such charge that warrants an arrest in the majority of cases is reckless driving, which is considered a misdemeanor charge in Illinois. But what exactly does the offense of reckless driving mean?

According to the Illinois Vehicle Code, reckless driving occurs when a person does one of the following actions:

It is up to the arresting police officer, the judge, and perhaps a jury to determine whether or not particular actions or behaviors constitute reckless driving.

Reckless driving is a serious charge in Illinois that could affect your life in various ways. Because one of the criteria in a reckless driving charge is the disregard for others’ safety, judges do not take kindly to these charges and will often try to sentence you to the full extent of the law if you are found guilty. Scott F. Anderson, Attorney at Law has decades of experience defending clients against many traffic violations. Call our knowledgeable Rolling Meadows, IL traffic violation lawyer today at 847-253-3400 to schedule a free consultation.