What Is Bail, and How Does it Work in Illinois Criminal Cases? 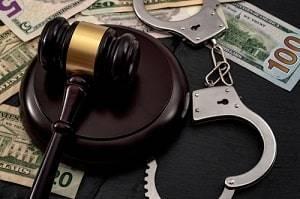 Being arrested for a crime can be a very traumatic experience. When you are arrested, you are handcuffed by the police officer and taken to be processed and held in jail. Your first thought when you land in jail might be, “How can I get out?” Usually, the quickest way to do that is to have a friend or family member post bail for you. Typically, weeks or even months can pass between your initial arrest and the disposition of your sentence. Posting bail allows you to be released from custody and go about your normal life until you are requested to appear back in court. It is important to understand how the bail process works in case you or your loved one is ever facing criminal charges in Illinois.

How Is Bail Set?

Depending on the type of crime, you might be allowed to post bail the same night you are arrested. For offenses that are more serious, such as violent crimes, you may be required to remain in custody until you attend a bail hearing before a judge. During this hearing, the judge will determine whether or not you are eligible for bail and at what amount your bail should be set. Judges use a variety of factors to determine whether you should be eligible for bail, including the seriousness of the alleged offense, the risk that you may attempt to flee before your case can be heard in court, and the safety risks that you may pose to other individuals or the community.

What Are the Conditions With Bail?

Bail is not intended to function as a punishment, nor is it intended to act as a fine. Bail exists solely to allow those who have been accused of a crime to be released from jail until their case is over. However, the most important condition that is imposed when you post bail is the requirement that you return to court for any and all of your hearings related to your case. Skipping out on your hearings could result in forfeiture of the entire bail amount and further criminal charges. The judge can also impose any non-monetary conditions of your release, such as stay away orders, curfews, drug counseling, and electronic home monitoring.

Not all bail is monetary. The judge can use his or her discretion to allow you to be released on your own recognizance. This means that you would be responsible for getting yourself to all hearings and the trial. This is typically only done if you are a low-level offender with a low flight risk.

In the majority of cases, however, bail is monetary. The bail amounts might sound expensive at $50,000 or $100,000, but in many situations, you only need to post 10 percent of your bail amount to be released from jail. These are called bonds, and there are two common types of monetary bonds: a D-bond and a C-bond. A C-bond, also known as a cash bond, occurs when you post the entire bail amount in cash, which will be refunded to you upon the disposition of your case. A D-bond, also known as a deposit bond, occurs when you pay 10 percent of your bail. Most of the bail will be refunded to you, but the court will keep 10 percent of the bond as a processing fee.

The criminal justice system can be confusing and anxiety-inducing, especially if you have never been in trouble with the law before. If you are arrested for any type of crime, you should seek the assistance of a Rolling Meadows, IL criminal defense lawyer as soon as possible. Scott F. Anderson, Attorney at Law has decades of experience helping clients reduce or dismiss their criminal charges. To schedule your free consultation, call our office today at 847-253-3400.